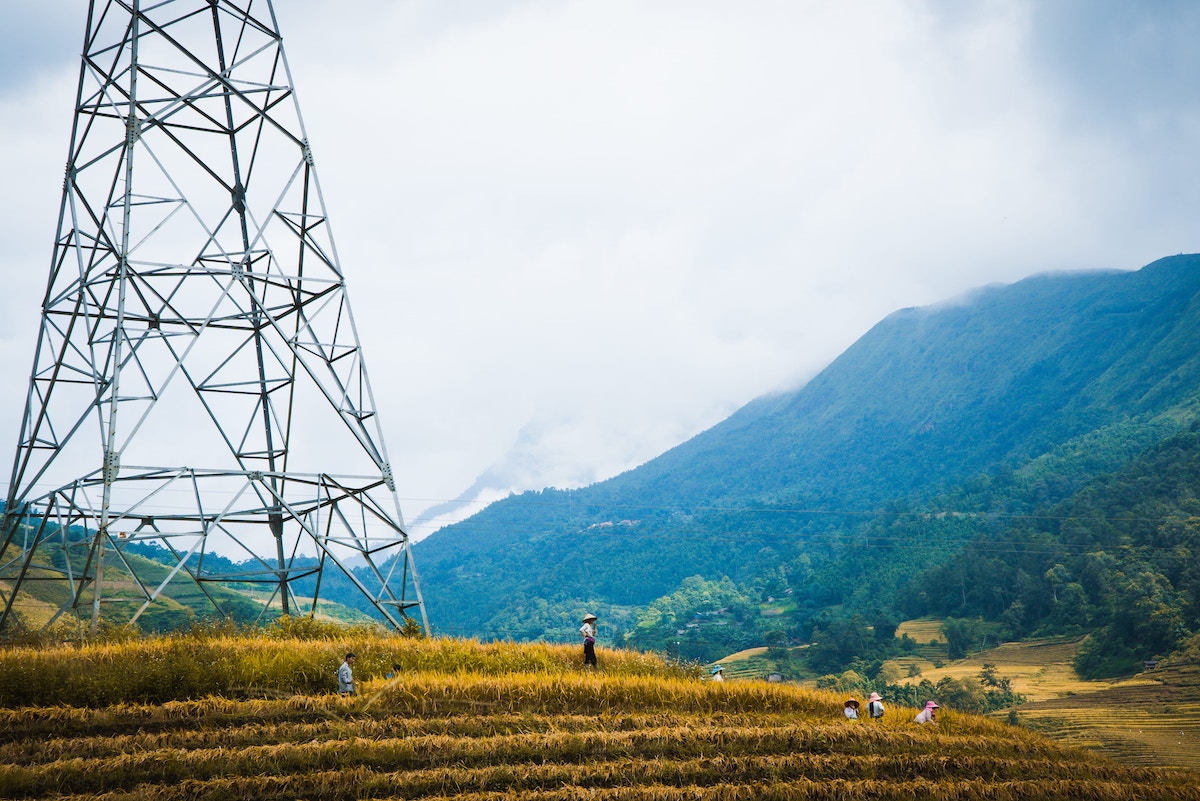 The coming decade could see Vietnam shelve nearly half of its currently planned coal power plant capacity as alternative sources of energy take up growing shares in its power mix, the government-affiliated research body tasked with drawing up the nation’s next power sector roadmap has said.

Speaking at an internal consultation earlier this month, the Vietnam Energy Institute revealed the eighth Power Development Plan (PDP8), set to take effect early next year, would stipulate a rapid expansion of renewables and natural gas in the country, suggesting the government could cancel seven planned coal projects and postpone six others until after 2030 or 2035.

Together, the 13 plants concerned boast a staggering capacity of 17.1 gigawatts (GW), almost matching the current 18.9 GW of coal power installed. Development scenarios presented at the meeting, seen by Eco-Business, show Vietnam expects wind and solar energy together to comprise the largest share in its capacity mix by as early as 2030.

The PDP8 charts a development path for each electricity generation type through to 2030, with a “vision” extending to 2045. With Vietnam’s power demand set to more than double in the coming decade, the plan is critical to the nation’s efforts to rein in carbon emissions and align its development path with the Paris climate goals.

“In the next period, [Vietnam] will not strongly develop coal power but only proceed with the development of the projects which are already listed in the PDP7 and revised PDP7,” the country’s vice-minister of industry and trade, Hoang Quoc Vuong, was quoted saying at the meeting by local media. “[We] will no longer develop new projects.”

In a statement released last week, the Institute for Energy Economics and Financial Analysis (IEEFA) and Vietnam-based environmental group Green Innovation and Development Centre (GreenID) said amid plummeting clean energy prices, difficulties in obtaining financing and increasingly ambitious climate targets, it was unlikely the 13 projects would be revived, once shelved.

Vietnam’s 2019 energy outlook report by its Electricity and Renewable Energy Authority and the Danish Energy Agency predicted wind and solar power would beat coal on cost in the country by 2030 for 20 GW of installations in the most favourable locations, and for more than 100 GW of new capacity additions in 2050.

Vietnam’s coal power expansion strategy has been among the most ambitious in Southeast Asia, with consumption of the fossil fuel—the single biggest contributor to man-made climate change—tripling over the past decade.

Beyond the nation’s power sector, the cancellation plans are set to further shake up the Asian coal market if formalised. The announcement comes a month after Bangladesh indicated it may review up to 90 per cent of planned coal power capacity. Southeast Asia’s largest coal producer, Indonesia, has already had to drastically cut production amid falling demand this year.

There has been constant pressure to add more capacity to avoid the risk of power shortages, and coal-fired power plants were supposed to do that, but they have failed.

With coal still its cheapest source of power, what is driving Vietnam’s move away from the fuel? There are several reasons, according to IEEFA energy finance analyst Thu Vu. The first one, she said, is that a significant number of coal-fired power projects in the pipeline have failed to deliver on time, creating pressure on Vietnam’s electricity supply.

“Vietnam’s power generation capacity can barely keep up with demand, which has been growing at 10 per cent on average in the past five years. There has been constant pressure to add more capacity to avoid the risk of power shortages, and coal-fired power plants were supposed to do that, but they have failed,” she told Eco-Business.

Such delays come in the wake of growing challenges facing coal ventures that include banks backing away from the fuel, cumbersome bureaucracies as well as lengthy negotiations of power purchase agreements and other contracts. “Some of these factors will not get better moving forward,” Vu said.

There is also growing resistance from authorities and communities to coal power development, she noted. Environmental concerns have led the provincial governments of Long An, Bac Lieu, Ha Tinh and Quang Ninh to block coal ventures in recent years.

“Meanwhile, renewable energy installations have delivered spectacularly in the past two years, and will continue to provide rapid capacity additions in the coming years,” Vu added. With strong policy incentives, Vietnam has managed to install more than 5 GW of solar power—almost 9 per cent of its total capacity—in less than three years while approving nearly 12 GW of wind projects slated to come online as early as 2021.

That said, the Vietnam Energy Institute projects coal combustion to remain a mainstay of the country’s power supply for decades to come, potentially representing 31 per cent of the mix by 2045. Besides the 13 projects that may be shelved, the nation plans to build 15 coal-fired power plants with a capacity of 17.4 GW by 2024.

“Coal is becoming a riskier investment choice. But if you look closely, the government isn’t giving up on coal at all. They are just hedging with other alternatives,” Daine Loh, power and renewables analyst at intelligence and research firm Fitch Solutions in Singapore, told Eco-Business.

She added that while the recent announcement signalled a shifting trend, the plan was also largely contingent on global gas prices staying low. According to the Paris-headquartered International Energy Agency, mild winters and the coronavirus-induced economic slump have sent gas prices tumbling this year.

For Vietnam’s climate commitments, rising oil and gas consumption, as forecasted by the new scenarios, isn’t necessarily good news either. While gas burns cleaner, it emits about the same amount of greenhouse gases as coal when its extraction and transportation are entered into the equation, according to the IEEFA  and GreenID.

Thanks for reading to the end of this story!

We would be grateful if you would consider joining as a member of The EB Circle. This helps to keep our stories and resources free for all, and it also supports independent journalism dedicated to sustainable development. For a small donation of S$60 a year, your help would make such a big difference.

Find out more and join The EB Circle

Vietnam airline called out for greenwash promotion: 'Protect our planet – fly with Vietjet'
How I got here... Yours founder Navneet Kaur
How four communities value and protect their mangroves
Bangladesh may ditch 90% of its planned coal power