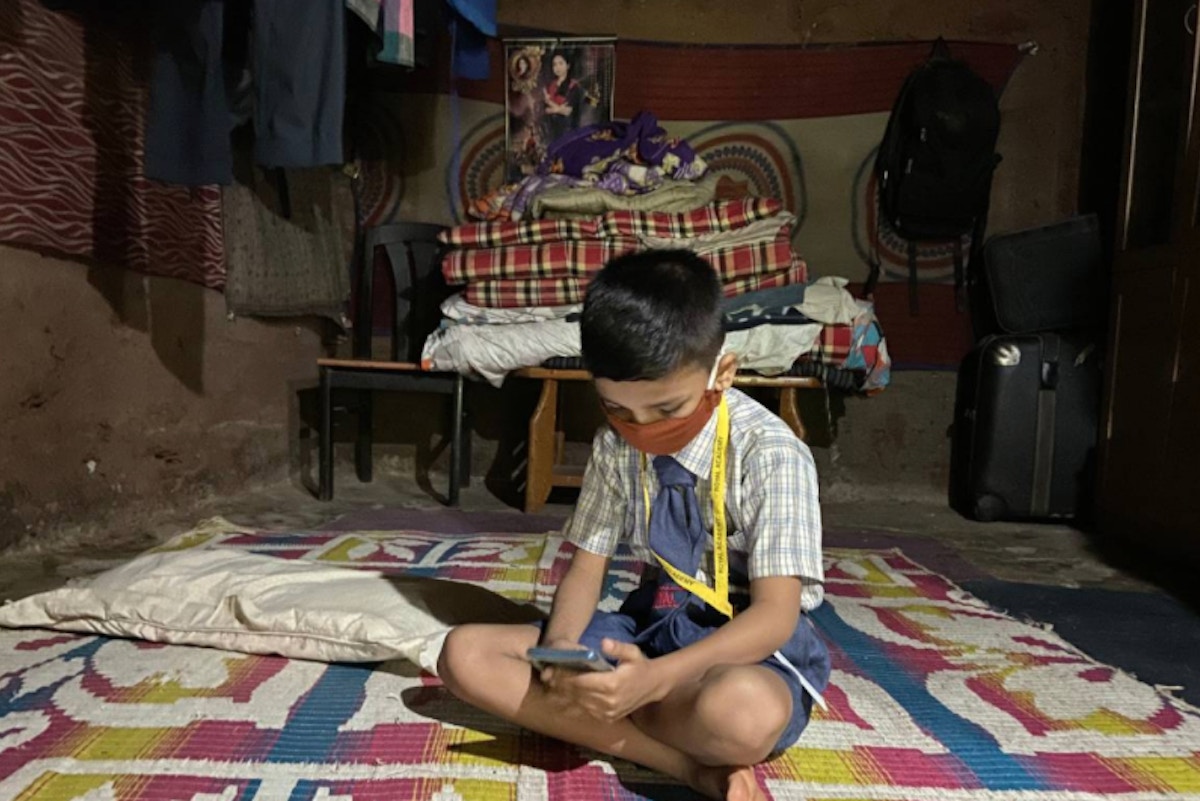 Kuldip Kumar, a farmer from northern India, sold his only cow to buy a smartphone so his children could keep up with lessons that shifted online when the coronavirus lockdown closed schools four months ago.

Kumar was already in debt and the cow was his only asset. He sold it last week for 6,000 rupees ($80), almost all of which he spent on the device.

“My neighbours had a smartphone but my children were reluctant to go there every day to study,” Kumar, 36, told the Thomson Reuters Foundation by phone from the hill town of Palampur.

“I was worried about their education, so I sold the cow,” he added.

India is the world’s second-biggest smartphone market after China, and nearly half of the country’s almost one billion mobile users already have a phone with internet access.

For Kumar and his family, the smartphone is a novelty. Neither he nor his wife have ever been online, and so far only their children have been making use of it.

With no clear sign of schools reopening soon, internet access has become a must for children to follow classes, prompting more low-income families to scrape together the money to buy a cheap or second-hand smartphone for the first time.

And with a school population of some 240 million, it could prove a boon for sales of low-cost devices to new users, industry analysts say, noting signs of an increase in purchases of used handsets in rural areas.

For many basic phone users, the leap to digital is still prohibitively expensive:

Only Indonesia is digitising at a faster pace than India, according to a Mckinsey study of 17 countries.

But despite the rapid gains in internet access, the advent of remote schooling under lockdown has shone a light on the country’s persistent digital divide.

The suicide of a teenage girl who was unable to attend online classes because she did not have a television or smartphone drew attention to the plight of families who cannot afford even the cheapest smartphone.

In Pune district in western India, teacher Nagnath Vibhute published a blog post asking for donations of old smartphones for his students, many of whom are from poor families.

India started to ease its strict weeks-long coronavirus lockdown in June, but restrictions remain in many parts of the country as the number of confirmed cases rises relentlessly, exceeding one million last week.

In the meantime, teachers are sending homework via WhatsApp or giving virtual classes on Zoom, but the lack of a smartphone is not the only obstacle to online schooling.

In Panchgani in western Maharashtra, chemistry teacher Moumita Bhattacharjee works around poor connectivity by recording her lessons – complete with a blackboard to give a classroom feel – so her students can download them later.

Bad connections, the cost of phones and data plans, as well as concerns about excessive screen time, are spurring authorities and campaigners to consider ways of taking teaching back offline.

Customised lessons for first to 12th grade students will be aired on television and radio in a “one class-one channel” initiative planned by the federal human resource department.

“The government is committed to ensuring learning for all… so as to cover all students at all levels of education and in all geographical locations,” Indian Finance Minister Nirmala Sitharaman said in a statement.

Some states are already broadcasting televised lessons, and a federal official – who asked not to be identified — said the government was working on solutions that would last “even when everything is normal”.

Education non-profit Pratham, which works with more than 12,000 communities across 19 Indian states, started sending lessons and homework via SMS instead of videos on WhatsApp so families with conventional mobiles could benefit too.

Smitin Brid, programme director at Pratham, said members of his team had phoned parents and given them instructions for educational tasks like counting kitchen utensils.

They also enlisted volunteers in villages to relay lessons on loudspeakers.

But millions of children, especially those from the poorest families, have discontinued their education.

A recent study of more than 600 migrant workers by non-profit Caritas India showed that 46 per cent of their children had stopped their schooling during the lockdown.

Vibhute, the teacher in Pune, said he had lost contact with the children of migrant brick kiln workers who had travelled to their home states when the lockdown left them jobless.

Despite his daily struggle with blurry, interrupted videos due to patchy connectivity, Vibhute said it was important to persist with virtual classes until offline solutions emerged.

“It’s important for us to stay connected with (the students) or they will be sent to farms to work and once parents start getting money from their children, they will consider schools unimportant,” he said.

Sitting cross-legged on the floor of his family’s sparse one-room shack in Mumbai, Gautam Suresh, 10, stared at the smartphone his parents had bought him and his two siblings for 15,000 rupees as his teacher gave a class.

Suresh’s father, who works as a security guard, spent more than a month’s salary on the new phone, the family’s second smartphone, which he aims to pay off in six monthly instalments.

“I never thought I would get a branded phone. Our parents bought it for our studies, but I understand their trouble,” said Suresh as his mother cooked rice.

The family’s three children had been using their father’s phone for classes, but calls often interrupted their lessons, prompting the costly purchase.

For Suresh, however, even the gleaming smartphone is a poor replacement for the classroom.

“I can’t ask my teacher questions like I could in school,” he said.

Thanks for reading to the end of this story!

We would be grateful if you would consider joining as a member of The EB Circle. This helps to keep our stories and resources free for all, and it also supports independent journalism dedicated to sustainable development. For a small donation of S$60 a year, your help would make such a big difference.

Find out more and join The EB Circle